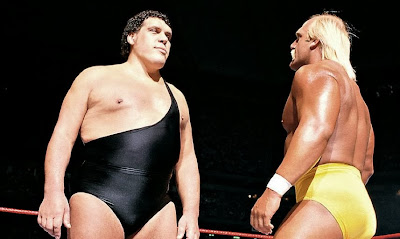 It is no secret that yours truly has never been a big fan of Hulk Hogan. I don't have any personal grudge against him, I was just never that wrestling fan that went crazy over him. In fact, growing up, I was more of a "Macho Man" Randy Savage guy. So yes, I was never a "Hulkamaniac".

Nonetheless, I do respect Hulk Hogan, and yes, even Terry Bolea. He is the "Babe Ruth" of pro wrestling, an industry I very much enjoy. However, despite my choice of not being a fan, I've always felt Hulk Hogan has done the industry a disservice by never passing the torch to another wrestler.

Hogan has stated many times that he is grateful for what Andre The Giant did for him at Wrestlemania III in one of wrestling's biggest and brightest moments in pro wrestling history, when Hogan slammed Andre - a feat never done before then.

Many greats have passed their torch on, or at least have helped make the careers of others during their time in the industry. Yet, still, even as a non-wrestling character, Hogan has yet to truly pass the torch of Hulkamania to another wrestler. 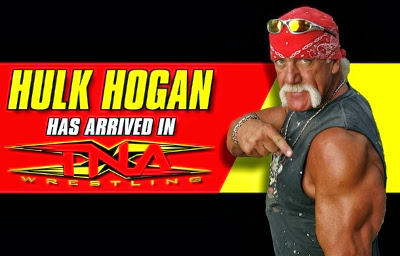 Four years ago, I called Hogan's signing with TNA Wrestling his "final crossroads" (The Final Crossroads For Hogan).

"Nonetheless, we come to today. Off the heels of hearing about such a cultural icon’s lowest points, and his ability to accept humility, Hogan has signed on with TNA Wrestling. An organization that is full of young and bright stars looking for guidance, tutelage, and worthy of passing the torch to."

"The pieces are in place for a defining moment in Hogan’s legacy. In a time when most fans are sympathetic for Hogan’s personal problems, he has an opportunity to finish his career the way it should have been. Once again, Hogan has an opportunity to do something no other wrestler could ever do, possibly ever – help build three national wrestling organizations."

Four years later, and Hogan's contract is now up with TNA Wrestling. Some may argue that TNA Wrestling is in worst shape that it was when Hogan arrived. A vociferous group would claim the company is in fact better without him. Both debatable issues.

Yet, the questions still begs to be answered: who has Hogan passed the torch to?

The answer: no one. An issue that is not debatable. Actually, a fact.

Someone who is one of the greatest pillars in an industry shouldn't have such debates, doubts, and disdain attached to their reputation. Those are aspects that others, such as The Rock, Stone Cold Steve Austin,  and other larger than wrestling personalities, do not have hanging over their legacy. They've passed on their knowledge. They've passed on their torch to the next generation of John Cena's and CM Punk's.

At the end of a four year term with TNA Wrestling, this wrestling fan can honestly say Hogan's stay in TNA was disappointing. Maybe it's just me, and it is possible that I am in the minority, but I really feel that Hulk Hogan had a major - major! - opportunity to do something truly special with his time in TNA.

Hogan had a chance to shape and mold the next generation of wrestlers. An opportunity to help take a third company "to the next level brotha!". And the platform to really give back to a business that gave him so much.

Hogan may resign with TNA tomorrow, or even in the coming days. Maybe he'll go back home for one final run with the WWE. Or just maybe, he'll decide he had enough, and will ride off into the sunset with a legendary career.

Regardless, Hogan missed a huge opportunity late in his career to do something overtly special.

In my eyes, that in itself defines his four years in TNA Wrestling.