Following Up On The Fear of No Fear 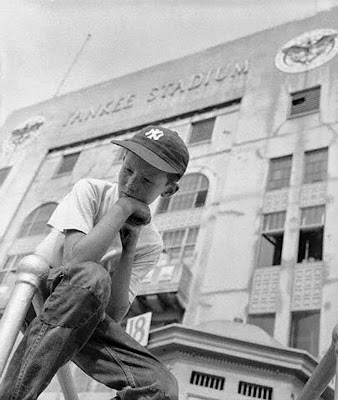 Tonight, I realized that something used to be a big fear of mine, something that truly bugged me to no end, no longer has that stronghold on me anymore. Not because I am no longer afraid of it or that it no longer bothers me, but because it's happened so often, I'm becoming desensitized to it.

For DP devotees, you know exactly what I am talking about. For those who are new to these parts called Dome Pondering, all you have to do is look no further than the American League representative in the World Series. Yes, the Boston Red Sox.

Back in 2007, I touched base on this with a post describing the Red Sox second World Series victory in four years as "The Fear of No Fear".


Tonight, I can't say that original fear is gone, because I am actively rooting for St. Louis come Game 1. However, the idea that the Red Sox are in the World Series, and have a legitimate shot at another World Series title is crushing.

As a Yankee die-hard, it's natural to dislike the Red Sox.

But what bothers me the most tonight as I punch the keys on this fear, is that resounding truth in my heart that I know this trip to the World Series for them isn't a fluke. It isn't just a one-time thing. The Red Sox are a good team, and have the chance to repeat this success next year.

Complicating this fear is the fact that my boys in pinstripes have more questions than answers facing the team next year. In fact, many don't want to admit it, but there are some huge transitional years coming up here in New York City.

So here we are, Yankees out of the playoffs, cutting payroll, without my guy, #42, never ever coming out of the bullpen again, and the Boston Red Sox in the World Series looking for their third - third! - championship in the last decade.

Things are changing, and I don't like it. Not one bit.

I could be happy that I'm not overly desensitized to this natural fear, but how can I be when my pinstriped eyes will be watching those dreaded red "B" caps in the Fall Classic.

Whether it is fear of being desensitized or simply real fear, either way, I'm afraid of what could possibly happen over the next week. Very afraid.