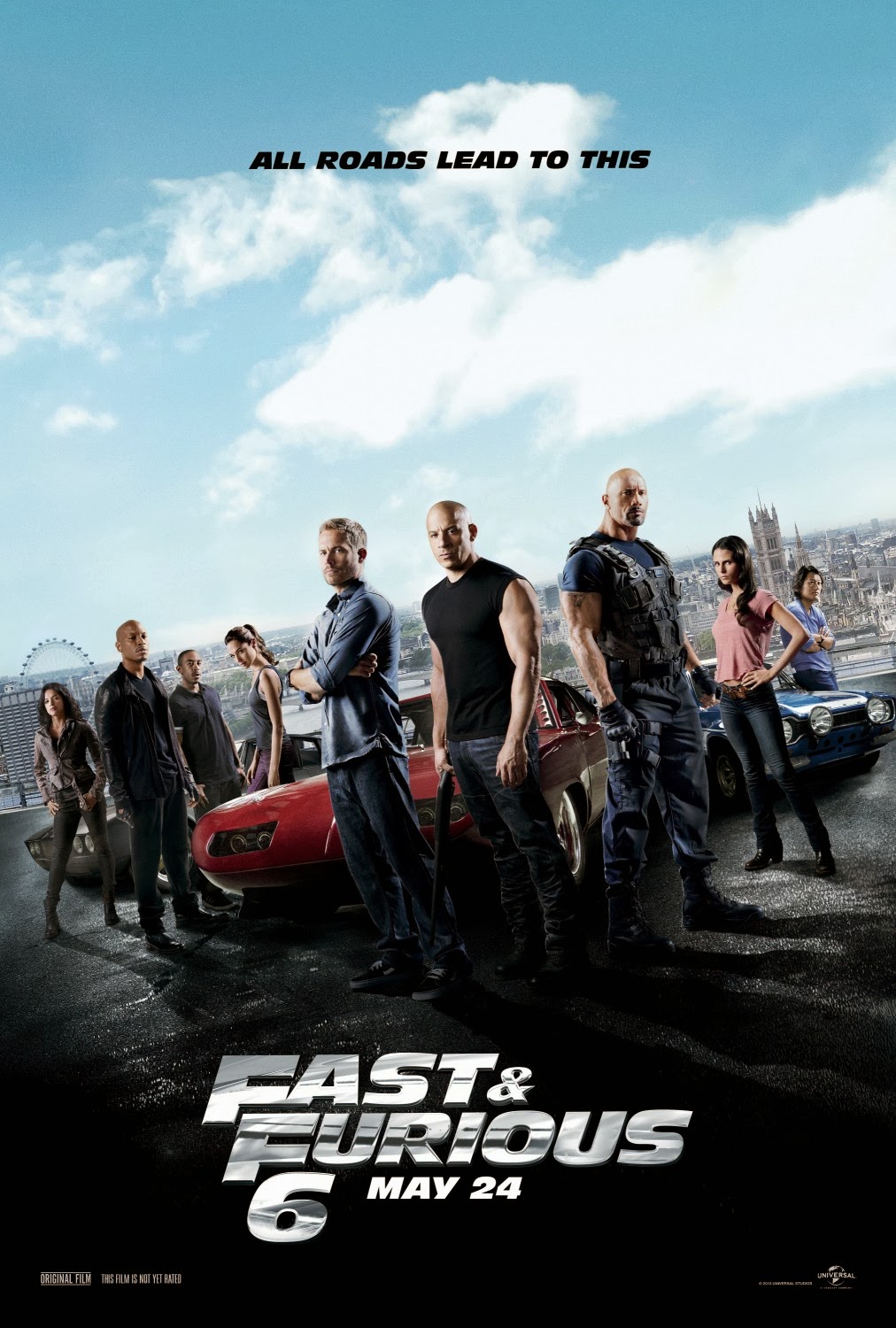 Hobbs seeks the help of Dom and the crew to take down a criminal mastermind in exchange for pardons and freedom for them all.

After hijacking the convoy and taking control of a tank, the crew must attempt to bring the Shaw and the dangerous tank to a halt.

The Fast and the Furious series is built on action, cars, speed and tons of again, action, and this installment didn't disappoint. Going in, of course the intrigue was all about Letty and how her return would play out. The film did a tremendous job of not only recreating the scene from part IV, but explaining her survival, and how she became caught up in Shaw's squad.

While the plot line of why Shaw was terrible was a bit mysterious, only described as him having plenty of resources, it was enjoyable how this film tied in plenty from the previous two films. Characters such as Braga and mentioning Rio were great touches.

As always, the scenery was tremendous as the film displayed many cities, many impressive moments of destruction and action, and of course, the cars were awesome. Still upset how they allowed the vintage Mustang to be crushed by the tank.

However, some of my gripes about this film were some of the over-the-top moments of sudden swerves such as Riley (Gina Carano's character) and the scene where Dom saved Letty. And of course, Han died again...but that could possibly be fixed if part 3 is determined to have happened after 1,2, 4-7. Got it?

Then again, you have to love the hook for "Fast 7" of Jason Statham in the role of Shaw's older brother who was reference throughout the film.

Either way, Fast and the Furious continues to be that guilty pleasure for us all.

After all, there are cars, attractive people, speed, action, and characters we now adore. What else can you want or need?