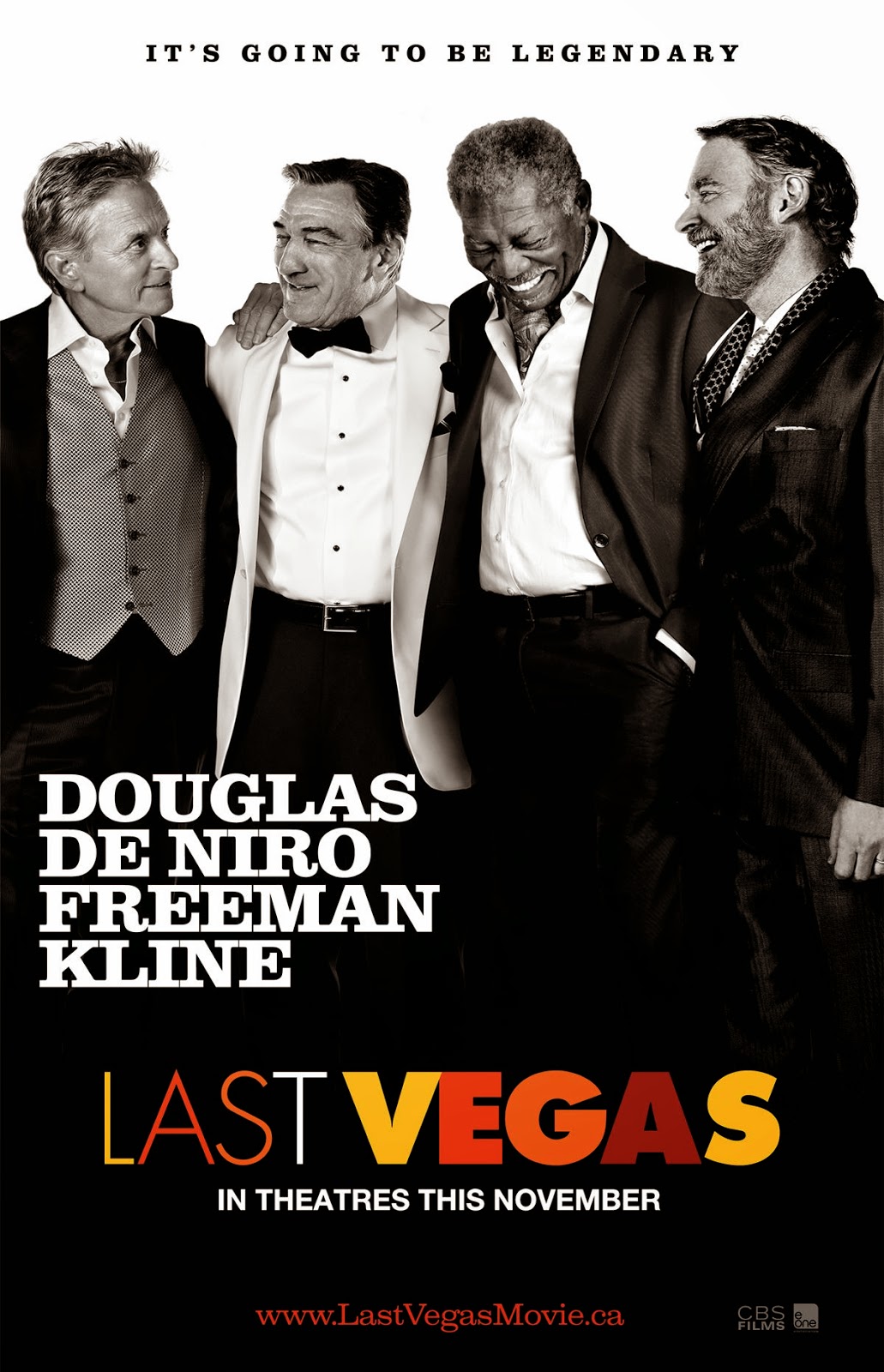 Four childhood friends get together to throw a bachelor party and to attend the wedding for one of the members in their group. In the process, they end up discovering new life and a few lessons even at an elder age.

After Archie turns $15,000 (half of his retirement savings) into $102,000 in blackjack, the crew uses some of the cash to turn their troubled trip into a memorable night.

"I'm gonna find some damn water and take all my damn pills and get this party started."

From the trailer, Last Vegas really seemed like a fun movie. Especially, when you consider the talent and very credible guys that were casted. However, I had some hesitations (probably with everyone else) that this film would just be a version of The Hangover, except with old jokes being the focus. Luckily I was wrong.

Last Vegas focus it's message not on one crazy night, but on living life to the fullest, and not "slowing down" because that's what your "supposed to do" in your later years.

The film is rather funny with the idea of men in their senior years spending time in Las Vegas, especially, when it comes to a bachelor party. The four stars are what you expect from them, but honestly, it is Morgan Freeman in the role of Archie who really stands out.

Overall, don't be alarmed, Last Vegas isn't a Hangover wannabe. It is a pretty OK movie that is worth a few chuckles and a decent watch. Nothing terrible. Nothing overly worth you going out of your way to see it. Really, this film is the perfect movie to watch on USA, FX, or whatever channel, when you're home on the couch with some time to kill.