For No One To Care - Feedback and Different Perspectives 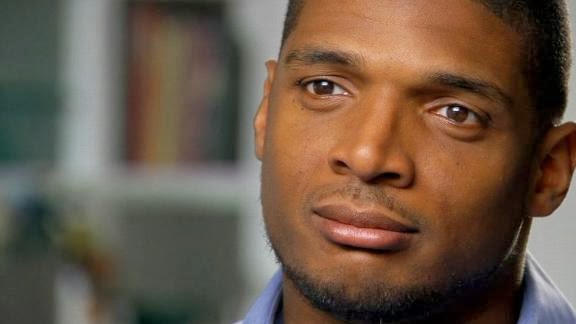 I love when people are able to share, debate, articulate, and work through the issues in this race we call life in a respectable and enlightening way. Quite frankly, it's the essence at which this blog was created more thirteen years ago, and it's the sole purpose I continue to keep it alive. We all struggle to make sense of things, and life simply looks on in repose. Just as the moniker reads above.

So you can imagine the joy I had engaging with some who had feedback shortly after posting some immediate thoughts on Michael Sam's announcement this week (For No One To Care - Isn't That What We Want From Gay Athletes Like Michael Sam). The exchanges were interesting, especially the amount I received at two o'clock in the morning here on the East coast.

Nonetheless, there was one exchange that blindsided me with a perspective I never thought about. A perspective which never crossed my mind. Really, a perspective I couldn't have had, nor, possibly will truly understand. And honestly, I can proudly say he altered my way of thinking. Gotta' love that, right? After all, aren't we all just trying to figure out life together?

In the post, I shared how I felt Sam's coming out does more to push us away from where we want to be - as a society and a nation that one day will overlook things such as sexual orientation of another person. I guess I was in the frame of mind which saw Russell Wilson win the Super Bowl, and not once was the focus on him being a black quarterback. For it was not too long ago where such labels and attention were heavy on Donovan McNabb in his trip to the Super Bowl, and who can forget the reoccurring headlines around Doug Williams when went to the big game, and of course, became the very first.

Today a black quarterback is just a quarterback, who happens to be black. I felt (and still partly feel) that we as a society should be able to learn from the past and hopefully progress quicker in other matters that separate us. In Sam's case, a football player who happened to be gay didn't have to be a "gay football player".

I felt like coming out did nothing but set the progression back. In some ways I still do. Albeit, now with a cause.

I shared a brief exchange with someone I'd like to call, just another pro wrestling addict (which of course makes him totally OK in my book), who offered a different perspective. He conveyed the fear of being outed and the even scarier ramifications that could follow from personal experience. He then followed with another brilliant point, "Sam can now go about his business without the constant fear that someone will out him at the most inopportune time."

Yup, the light bulb in my head went from dimmed static to completely bright.

That is indeed a perspective, a straight man would really never be able to have. And to be honest, I truly appreciate not only him sharing his experience and perspective story, but enlightening me just another notch.

Yet, what is scary, is that when viewed from that angle, one of having to "beat the wave" before it gets you - so to speak, you realize the place where we need to get as a nation is much further away than originally thought. Or, based on the post I wrote yesterday, further than I assumed.

For I gave our society too much credit. I thought we were able and ready to learn from past instances and issues to tackle this issue much quicker. The truth is, we're not.

At least I was right about one thing from yesterday - the real root of acceptance of openly gay athletes in professional sports locker rooms isn't whether they are ready for it, it's whether the pro sports culture has changed to meet it.

If a pro athlete must reveal himself to protect himself, then we are not even close.