Super Bowl 48 - All About Legacy and History 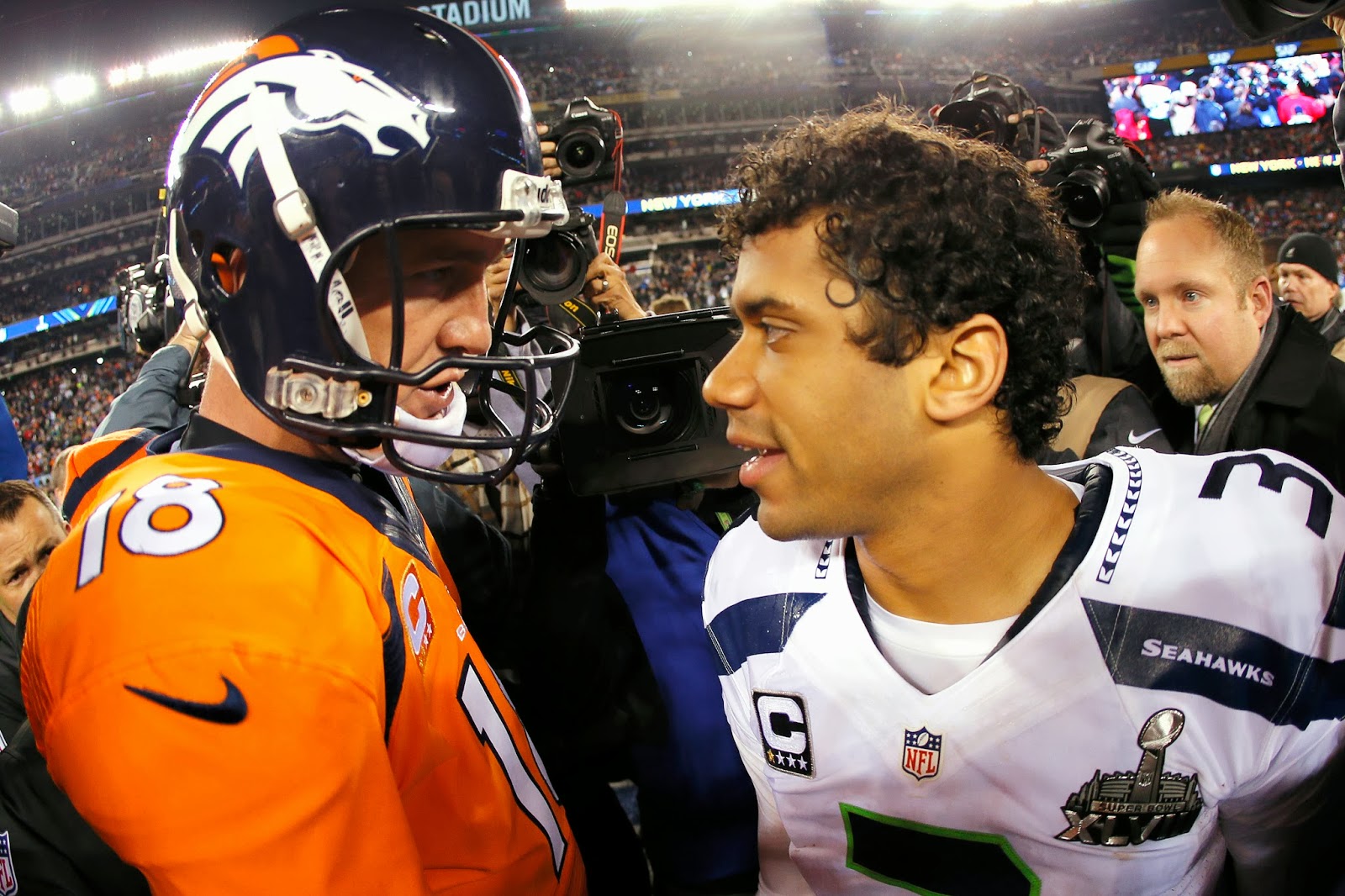 Legacy and history describe the fallout from Super Bowl 48 (I'm so sick of roman numerals). Yes, the game was an absolute dud, and while the media and those that drum up debate, talk, and of course, the over reaching hyperbole (ESPN) to keep the focus on the "Big Game", you could not steer away from those two aspects once again - legacy and history.

Of course, why be coy regarding the issue of legacy? It's quite obvious Peyton Manning had ridiculous societal standards set for him coming into this game. Peyton needs another ring to validate his career! One Super Bowl victory really isn't enough to call Peyton Manning one of the greatest of all time! Following a rather disappointing game, the rhetoric began on whether Manning was an all-time quarterback, and everyone dissected and scrutinized how he would be remembered. Some even claimed his brother, Eli, was better than he was because of the Super Bowl victories scoreboard between them - 2 to 1.

It's quite amazing how we've come to over-analyze our sports and the difficulty of the championship. Since when is a Super Bowl victory not enough? I think Dan Marino would definitely have something to say about that.

Honestly, instead of looking to place blame on Peyton, or looking to claim he comes up "short" in big games, or even to say he's "overrated" (more utter ridiculousness), very few have given credit to a Seattle Seahawks defense that looked about as sharp and as efficient as any defense could possibly look.

Is Peyton Manning's legacy ruined by this one game? Absolutely not. The record books and anyone with an understanding for greatness will know what their eyeballs saw.

Something happened this past Sunday that was monumental, yet, in an ironic way, because it hasn't been talked about, is indeed a tremendous conundrum.

I'll give you a second to think about it...

Hint: It pertains to the quarterback opposing Peyton Manning.

Yes, it does indeed involves Russell Wilson. Pat yourself on the back if you got that one. Good for you!

On Sunday, Wilson became just the second black quarterback to ever win a Super Bowl. Somewhere Doug Williams is smiling.

Nonetheless, the occurrence continues to erase the stigma that black quarterbacks aren't capable of leading teams - once something widely (and even more ridiculousness from football!) believed and often stereotyped by many.

The fact that it hasn't made the circular of hot-button topics of conversations and discussions is impressive. Wilson winning the Super Bowl is not a big deal, as a person of color that is, especially him being the second-ever, is just not a big deal. Off the heels of one of the most racially-charged social years we've had in a while, the non-attention towards the feat shows that we are making strides in society.

Once again, this is tremendously good news that it has gone unnoticed. Unfortunately, it seems this type of racial, utopian acceptance only happens on the gridiron, where even the most racist living-beings on earth would root for those they hate, as along as they are wearing their team's uniform and helping them win. You know it's true. Just bloggin'

Regardless, Super Bowl 48 might have been a huge snore fest, and many may look at many various topics surrounding the game as talking points. However, Super Bowl 48 was all about two distinct themes - legacy and history - for both involving quarterbacks. And there is no way around it.