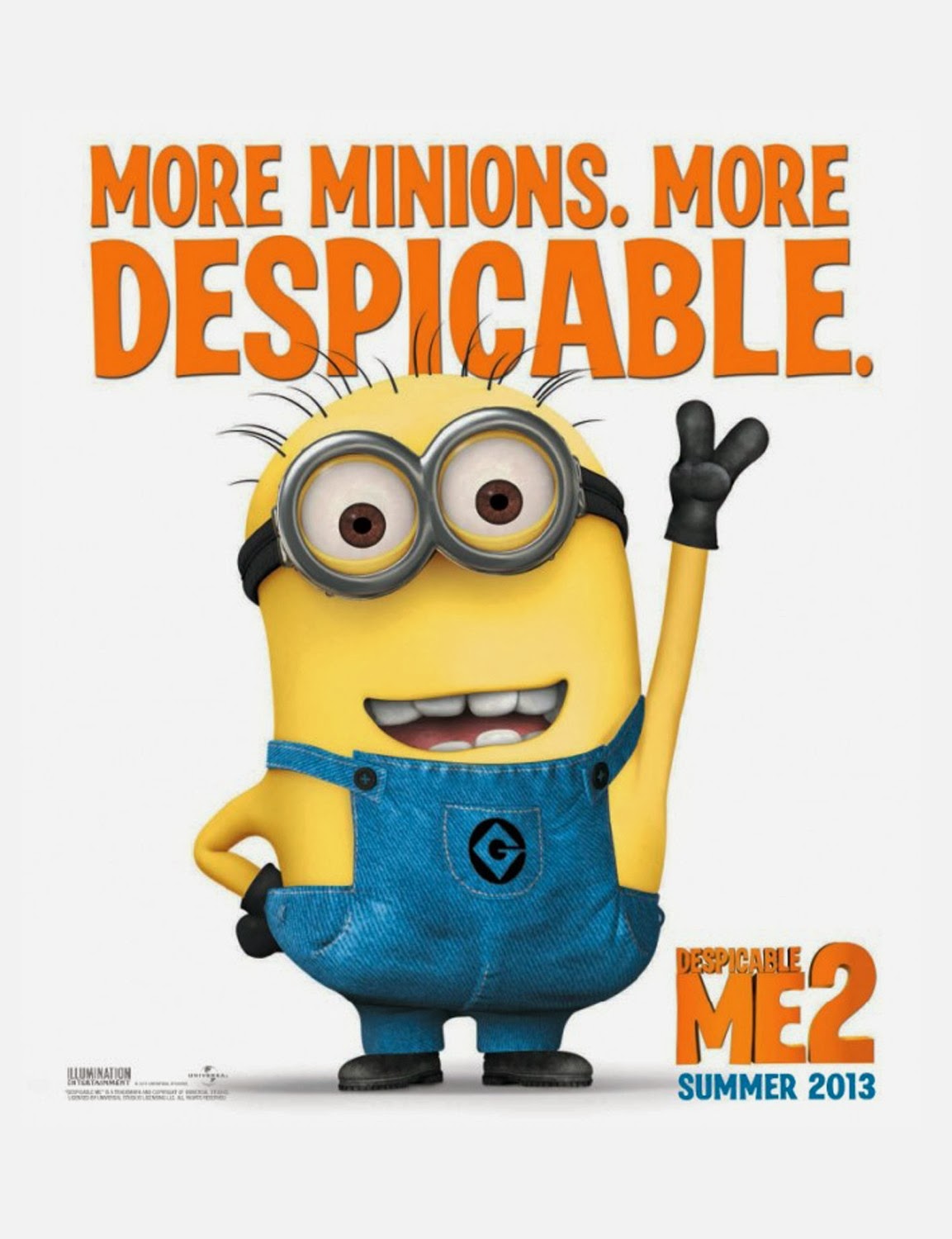 Gru is recruited by the Anti-Villain league to help deal with an old villain who could rise to power again. Gru eventually deals with family, love, and the changes of being a good guy.

The minions performance of "I Swear" at the wedding of Gru and Lucy. (Too funny)

Gru: [to Dr. Nefario] Just because everybody hates it doesn't mean it's not good.

Despicable Me 2 is flat out a good watch. While it is not as in-depth of a plot as part one, this sequel follows up on the characters that we've come to really love in a way that further progresses them, possibly for maybe even a part three in the series.

Gru continues to be hilarious, the girls remain unbelievably adorable, and yes, the minions pretty much steal the show in part 2 in a big way.

And much props to Steve Carrell and Kristen Wiig on the voice-over work which seem really tough with the dynamic characters of Gru and Lucy.

DM2 is such a simple, funny, well-done, feel good film. You will not be disappointed at all.