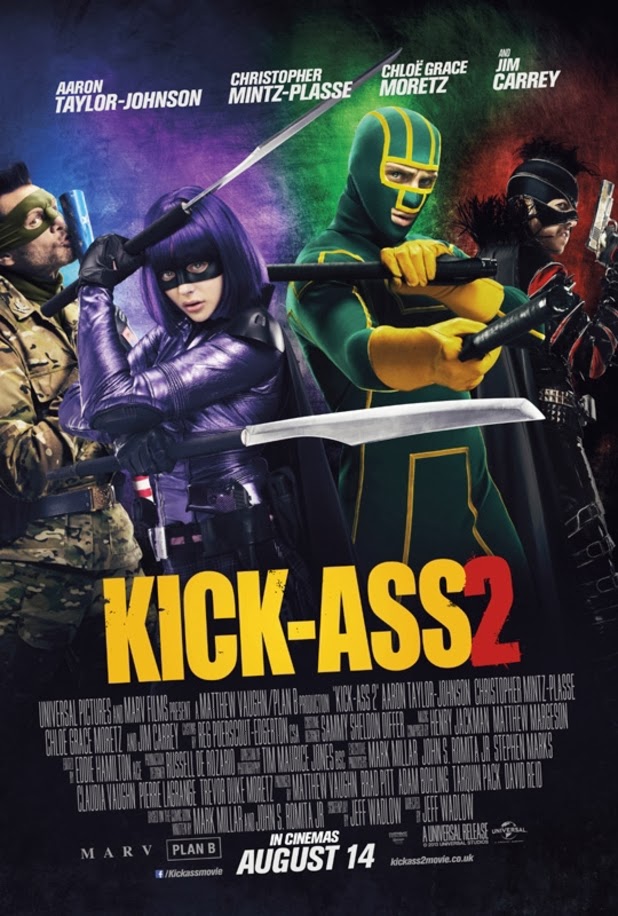 Kick-Ass returns with a group of inspired citizens who also become "super heroes" to fight the evolved "Red Mist" who vows revenge against everyone Kick-Ass knows.

After being called to audition for the team, Mindy mirrors what she would do if she fought five others. While in her mind she was Hit Girl, in reality she put together an incredibly acrobatic performance which caused immediate friction between her and the "popular girls".

Mindy: "You don't have to be a bad-ass to be a superhero, Dave. You just have to be brave."

I really enjoyed the original Kick-Ass movie. There is just something about the appeal of a real-life super-hero with real-life consequences that is very intriguing. Dave Lizewski doesn't have Batman's billions or Superman's immeasurable strength. Kick-Ass 2 does a tremendous job of displaying the difficulties of Mindy and Dave trying to fit in as normal people in the real world, while struggling to fit in who they really are - super heroes.

The sequel picks up where the original left and really had a built-and-ready-to-go plot of Red Mist's revenge of his father. While KA2 goes that route, there were a few things that made the movie feel a bit "cheap." Kick-Ass 2 turned up the gore, blood, and violence to the point of mirroring a Quentin Tarantino film.

While not terrible in any way, there is just a certain quality that was lost from the original with the addition of gimmicks and aspects such as violence, gore, nudity, and language rather than the dynamic story told in the original.

However, despite the very clear difference in vision for the film (very much due to different directors), Kick-Ass 2 is still very much enjoyable. And of course, still a very good watch.