Hall of Fame Votes: The First Step in Handling the Steroid Era 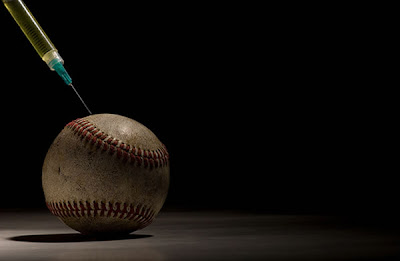 The continued discussion of steroids, baseball, and how we should treat those from this era who are eligible for the Hall of Fame has been one that has bothered me for some time. So naturally, with one more day to go until we find out the first sample size of so many to come regarding these controversial sluggers, I wanted to address the situation before we find out whose face will become a plaque this summer. If any at all.

My biggest gripe in the Hall of Fame voting is when voters, and fans as well, take it upon themselves to to pick and choose who should be let in based upon unbalanced criteria, and who should be banished forever into the "Hall of Really Great Players Who Unfortunately Used Steroids". We hear it all of the time. This guy should go in. This guy shouldn't. This guy was clean for sure. This guy was definitely on steroids - I just know it! Or, this guy would have made it without PEDs!


And that is where the biggest misconception of it all comes into play. Now I am not saying this is a clear and cut situation, because it isn't. This is as complex as they come in sports. However, I really believe we don't do the situation any justice when we treat it unfairly based upon our likes and dislikes for a particular athlete.

For instance, take Barry Bonds. Personally, Bonds is the greatest player I've ever seen in my life. Ever. And because we are so conditioned in the previous thinking, I'm sure many of you are stating, well, "of course, when you take steroids!"

Yet, while Bonds is continuously vilified, we offer the forgiven hand to guys like Andy Pettitte, who is likable. Manny Ramirez received this treatment until he idiotically decided to get busted twice under the league's current drug testing program. The only person to do so.

My point being we can't massage the story, the situation, the numbers, and the overall handle of each player's career to fit what public perception believes. As documents such as "The Mitchell Report" and the many unnamed players on the original 103 that tested positive in MLB's first big sting revealed, we have no idea. No idea who was using. No idea who wasn't.

I often bring up the name Ken Griffey Jr, and other baseball fans immediately say, "no way Griff was on roids!" But then again, who knew that Rafael Palmeiro was? If you go by the simple injury results of PED usage, Griffey's career is a suspect of such usage. I'm not saying he did, but it does lend to the idea that we just don't know.

And of course my favorite, the usage of asterisks, and the unfair accusation that the steroid era has ruined baseball.

If you do your history homework on the beautiful game, you would know that baseball is all about different eras, and the sheer difference in each of them do not make the grand history and the compilation of all of it's numbers uniform. In the age of Bill James sheep and sabermatricians, that furthers the disdain many have against this era.

Should we place an asterisk on all of Babe Ruth's players since he never once saw a pitch from any player of color, or any player from around the world? *Only played versus white players. That would be silly, right?

Should a career-known DH such as Edgar Martinez have an asterisk since he rarely played the field?

Or how about the differences in stadiums and equipment? *Played in smaller ballparks. *Was able to use catcher mask. Or, *All home runs hit with ash bat.

History is written to reflect that time. We all will look back in the history books and know that Sammy Sosa's three consecutive 60-plus home run seasons were a sign of the times. Whether they were positive or negative.

After all, don't we admire Babe Ruth's accomplishments despite the awful period in American history it came in. One could make the argument that those home runs were a reflection of the egregiousness taking place in our nation, and throughout sport.

And through it all, we forget that Major League Baseball - the very governing institution - did not have any acting prohibitions on performance enhancing drugs. Not making a case for green lighting the actions or deeming the past steroid use acceptable, however, let's be honest with ourselves, its very hypocritical to come down on players for doing something MLB didn't care enough to prohibit themselves.

Isn't the Hall of Fame for those that impacted the game in a tremendous way?

I doubt you sat around screaming bloody murder as Sammy Sosa and Mark McGwire jacked homer after homer reviving a game in desperate need of resuscitation following a crucial labor stoppage.

So with Hall of Fame voting time upon us, there are many writers who are carrying ALL of these mis-truths and biased ways of thinking. And yes, many self-righteous fans are as well. Not to mention, some who simply enjoy wielding the power to determine an athlete's career fate. On the other hand, to the credit of others, they understand the concepts of getting through this reasonably, and most importantly, in a manner of getting it right - well, as right as you possibly can get it.

With all of this said, if had a vote, I would  totally and completely eliminate an athlete under one condition - was he proven under MLB governance to have used performance enhancing drugs. This completely eliminates Manny Ramirez and Rafael Palmiero. Two guys we KNOW used.

As for everyone else, why not?

Is there a concern that a player can be found out after being inducted? Sure. But it's no reason to keep someone out.

Here is the list for the current BBWAA Hall of Fame 2013 ballot:


Now, hypothetically, here are my ten selections, hoping one would receive the 75% needed for Cooperstown residency:


Those on the fringe of my selection:


Do I think all of them will get in? Of course not. My educated prediction is that Craig Biggio or Jack Morris have the greatest chance this year after all of the skewed thoughts and misconceptions already discussed.

Will this settle the steroid talk? Absolutely not. It's one of the topics that is endless in so many facets.

However, the first step toward really, and tangibly, handling the steroid era will occur tomorrow, January 9th, 2013.

And that seems to be the only thing we do know for sure from the steroid era.