January 07, 2013
Unlike most sports, baseball uniforms carry a lot of tradition and history. It's rare that you see baseball teams deviate away from the history of a club, and if they do, it's usually an ownership change. For the most part, in baseball, the uniforms are sacred. Because of that, Major League Baseball has many teams with uniforms that are very, very significant, and also, very stylish. As we did for the NFL (Pondering 10 - Favorite NFL Uniforms), the following Pondering 10 will take a look at my favorite MLB uniforms. 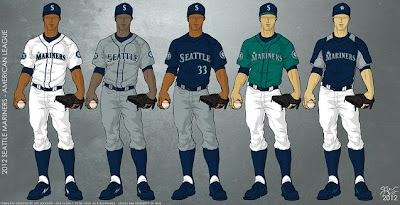 10. Mariners - Seattle has awesome colors, which are also used by it's other pro teams in the Seahawks and Sounders. The Mariners are no different than the Seahawks who also made my NFL list with really stylish uniforms. Especially the alternate teal tops which in my opinion are really cool. 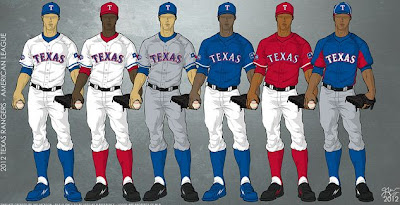 9. Rangers - I've always loved the Ranger's unifroms. The usage of Red, white, and blue really embodies the spirit of Texas and the state flag, and also gives the team a unique look, as it can have uniforms with either red as the dominant color or blue as the dominant color. P.S. the font really makes the jersey. We'll see that a few times to come. 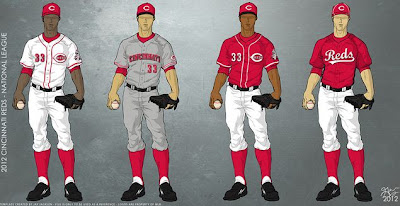 8. Reds - America's oldest baseball team has a very simple old school look. Much better now that they've dropped the black outlining in their uni's and those awful sleeveless tops. 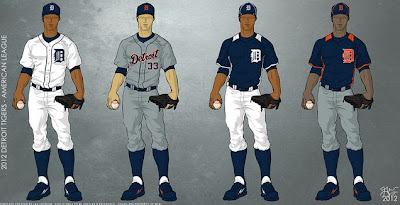 7. Tigers - Gotta love uniforms that have the same style hat, with different colored embroidment for home and away (Home white, and orange away). Detroit's home uniforms with the Old-English D with the solid whites are as classic and as old-school as it gets. And the road jerseys definitely have a more modern look that still camptures the "Tigers" mascot. 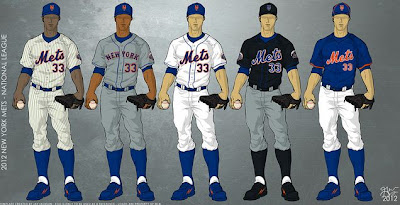 6. Mets - I'm a huge fan of the Met's uniforms. Unfortunately, the organization get's in it's own way with way too much experimentation. Adding black. Different color jerseys. Different color combination jerseys. It's just too much. When the Mets go with the classic pinstripes and the blue and orange caps, it's one of the game's best. 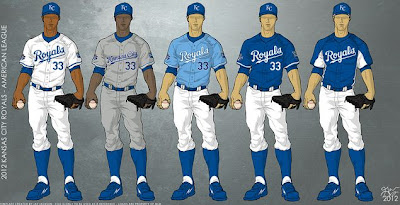 5. Royals - C'mon, the usage of blue and powder blue is awesome! 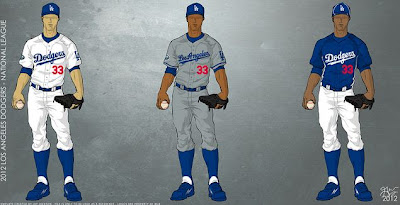 4. Dodgers - The Dodgers uniform is iconic. And who else can pull off the random red numbers like the Dodgers? 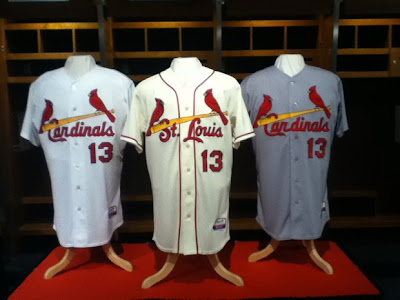 3. Cardinals - With a twist on their uniforms, the Cardinals 2013 jerseys are an updated look on their historic patter. The two birds on the bat along with the now new "St.Louis" across the chest on an off-white jersey has a very vintage feel and is very, very, cool. 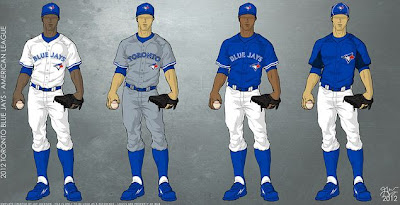 2. Blue Jays - Absolutely love the move back to these jerseys, which are just awesome. The font is super cool, and the sheer simplicity of it really makes it among the best in baseball. 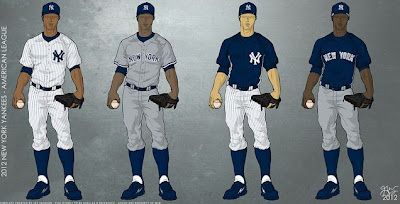 1. Yankees - There are very few jerseys in sports that mean as much as this one. The road grays are classic, and the home pinstripes are legendary. We all dream to wear it. What else can you say?