January 03, 2013
TV brings us the most accessible form of entertainment. Every day, and usually every night, we sit in front of the tube and are taken away for hours at programming. Some of these programming have become staples of our lives, and sometimes, the characters themselves are so unique, so relative, so memorable, that they too become a part of our lives. We quote them, copy them, and often times discuss them as part of our lives. I've never been a person who had the huge TV bug, however, for the few shows that I have enjoyed over my lifetime, there are indeed some characters that I've come to love. With that said, the following Pondering 10 list is a collection of my favorite TV characters of All-Time. 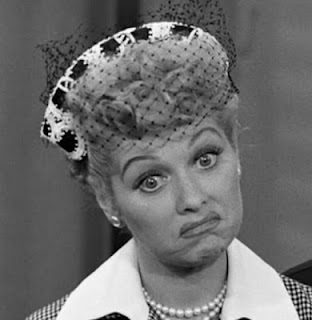 10. Lucy Ricardo; I Love Lucy - I grew up watching I Love Lucy mainly because of my mother who was a big fan. Lucy got into all sorts of trouble, usually dragging Ethel and sometimes Fred along with her. Her classic ways to do things behind Ricky's back were always hilarious, including her signature cry. Always a favorite. 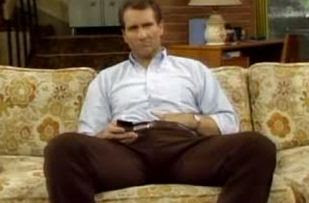 9. Al Bundy; Married With Children - Bundy is a character that even generations today know about. From having his wife and kids suck the life out of what was left of the former Polk High football star, to enjoying the simplicity of life such as beer, his Dodge, and his dog, Bundy was the original of a what is often copied in many characters today. 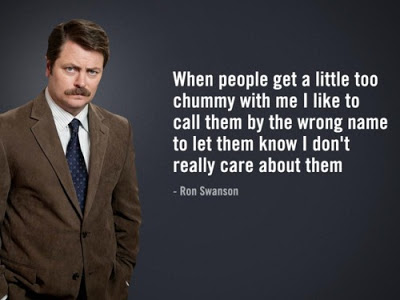 8. Ron Swanson; Parks and Recreation - Ron Swanson is the man. He's a man's man. He hates government and pretty much loves what all men do - beer, the outdoors, and meat. Lot's and lots of meat. 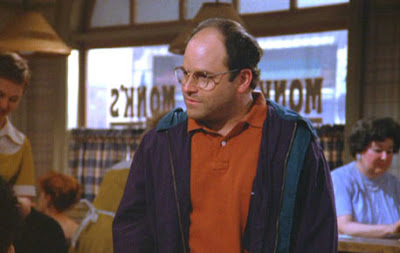 7. George Costanza; Seinfeld - How can you not love George Costanza? The man is crazy, and makes a big deal out of some of the simplest and silliest things in life. 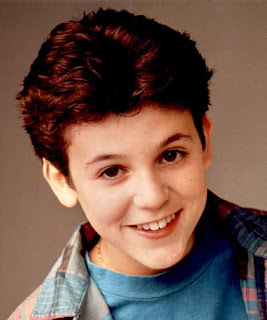 6. Kevin Arnold; The Wonder Years - Loved Kevin Arnold growing up. Always felt for Kevin. Always will be able to relate to him. Damn that Winnie Cooper and her ability to play with his emotions. 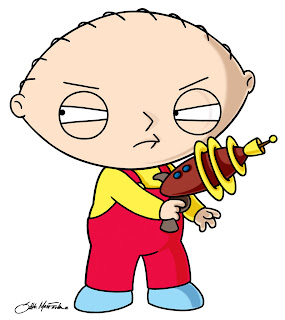 5. Stewie Griffin; Family Guy - Stewie Griffin is hilarious. The dynamics that he's a talking baby only heard by the dog makes it that more strange, but very unique. His utter distaste for his mother, and his high intellectual for an infant, Stewie makes for solid television. 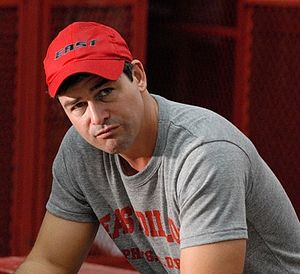 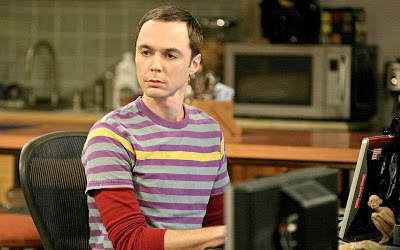 3. Sheldon Cooper; Big Bang Theory - Sheldon Cooper is probably the funniest character on television I've ever seen. His super intelligence and ignorant arrogance along with his utter inability to understand human relations makes for such quality television. 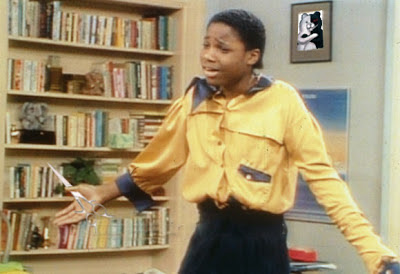 2. Theo Huxtable; The Cosby Show - I know, this might catch many for loop, however, Theo was probably the realest depiction of a teenager growing into a college student ever depicted on television. He did dumb things. He thought he had it figured out. He was confused in college. At the same time, he appreciated his parents. Helped his little sisters. And in the end, was a typical kid growing up in Brooklyn. Rarely seen, but the Theo character was done to perfection. 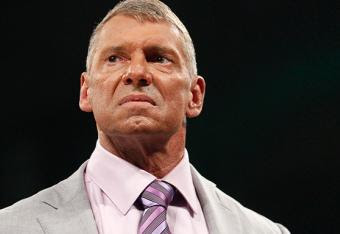 1. Mr. McMahon; Monday Night Raw - Ah yes, as a pro wrestling fan nut, the character of "Mr. McMahon" played by Vince McMahon himself, is always - ALWAYS - must-see television. Despite not being as active as he once was, the character never gets old, and probably never will.