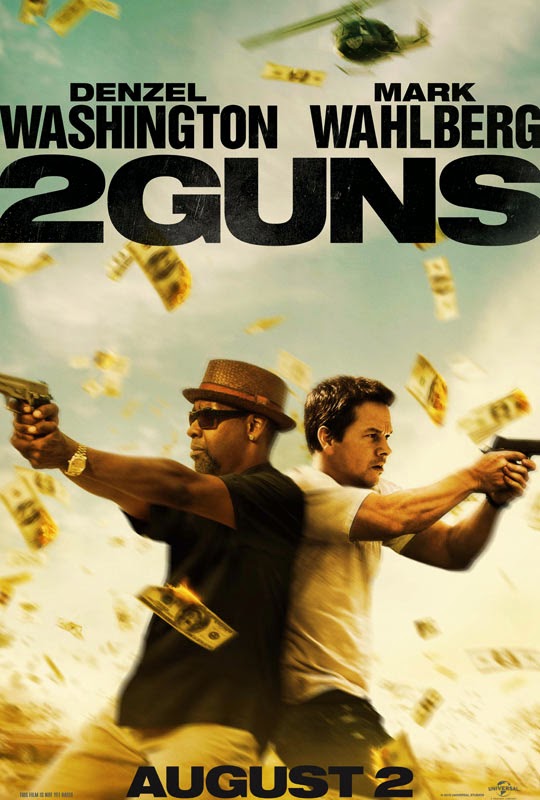 A DEA agent and a naval officer quickly find the truths of their positions, themselves, their allegiance, their allies, and overall, why they are on the run.

After Bobby escapes the naval base, he is on the phone with Deb attempting to persuade her to tell Papi that he does have the money for her release from capture. However, Deb knows and accepts her fate as punishment for her own decisions, as she eventually loses her life.

Bank Manager: I'm innocent.
Earl: Nobody's innocent, friend. There just the guilty, the ignorant, and the unlucky.
---
"Blind loyalty is not loyalty."

When you see Denzel Washington and Mark Wahlberg on the marquee, you know the film is going to be enjoyable. Decent is likely the worst result. Two of the best in the business together seems like a can't miss. Yet, for some reason, 2 Guns just never lived up to the bill of "Denzel and Wahlberg" as well as the added expectations of an action film involving their characters as partners.

2 Guns just felt like a film that never really got out of second gear. The plot was interesting, albeit with some rushed occurrences, the talent and acting was superb (sans Paula Patton), and there were a couple of cool scenes. Yet, again, the film just never felt like it was overly gripping.

Overall, 2 Guns was OK. Good enough to watch and was very favorable for a rainy day, but still rather disappointing for the lofty moniker of "Denzel and Wahlberg".