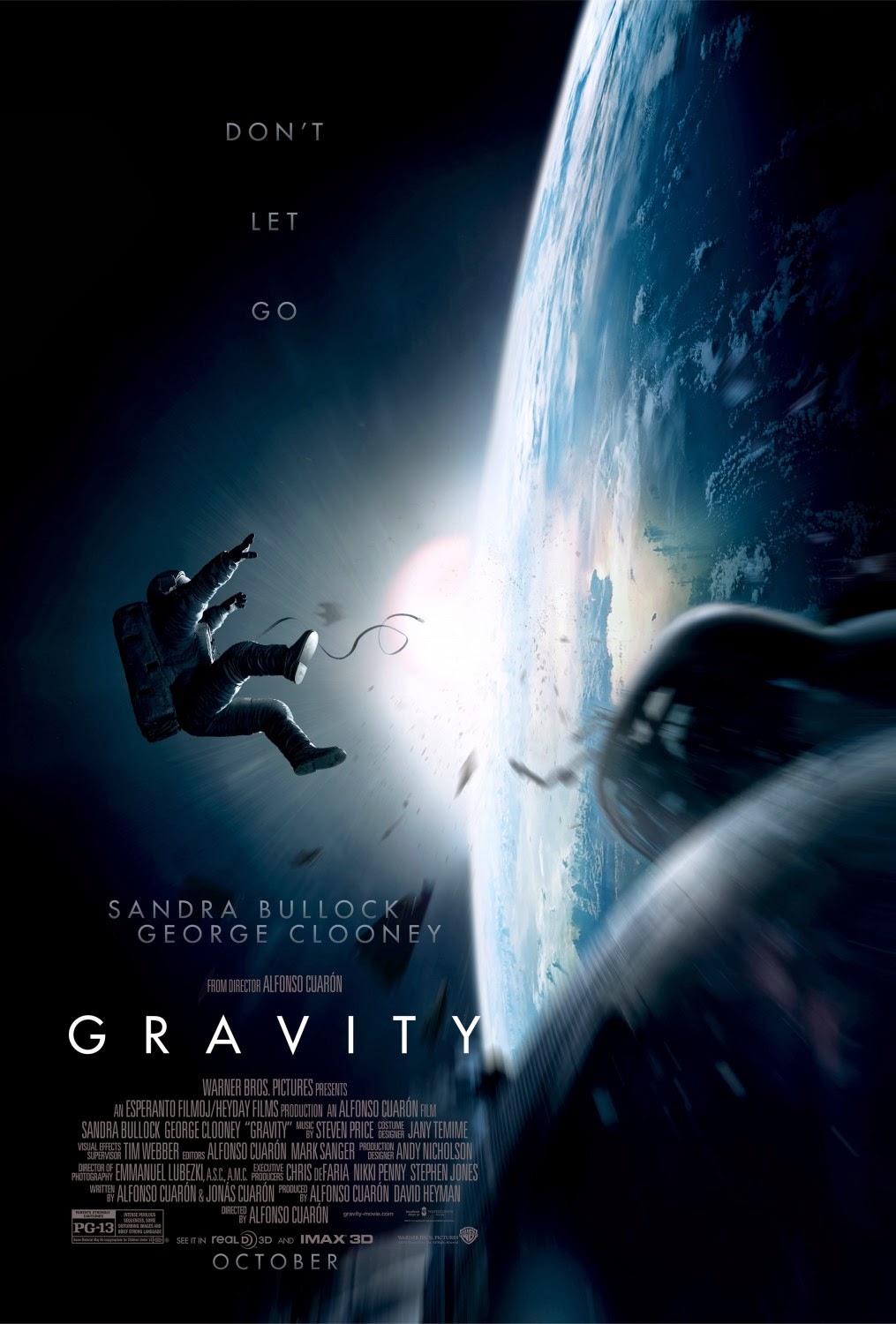 After a catastrophic accident separates her from the experienced astronaut on the mission, a medical engineer must find a way to cope with her situation in orbit, and ultimately, survive.

After finally making her way back to earth, Ryan slowly crawls ashore, struggles to get herself to her feet, and carries on home.

"I get it. It's nice up here. You can just shut down all the systems, turn out all the lights, and just close your eyes and tune out everyone. There's nobody up here that can hurt you. It's safe. I mean, what's the point of going on? What's the point of living? Your kid died. Doesn't get any rougher than that. But still, it's a matter of what you do now. If you decide to go, then you gotta just get on with it. Sit back, enjoy the ride. You gotta plant both your feet on the ground and start living life. Hey, Ryan? It's time to go home."
---
"You have to learn to let go"

Gravity is amazing. It really, really, really is. I'm sure you've heard or read that already, but once again, this movie really hits it out of the park.

Judging from previous reviews, you all know probably are aware that I'm a sucker for film with a great life lesson, and sometimes, one that has hidden lessons within the context of it. Gravity has both, plus great acting (Sandra Bullock killed it!), cinematography, and just the overall coolness of being able to tell a story without heavy dialogue.

However, where Gravity shines is the cinemtagraphy. The film is a wonder to look at. Visually, it is fantastic. From the camera angles that take you inside Ryan Stone's helmet, to the panning of certain scenes, to the visual of earth and space, to the little things, such as my favorite, Ryan Stone's tearducts floating as she cries. Epic. Awesome. Fantastic. And any other adjective to get across the point that I really enjoyed it.

It's hard to recommend an Academy Award-nominated film, but I'll do so anyway - see this!