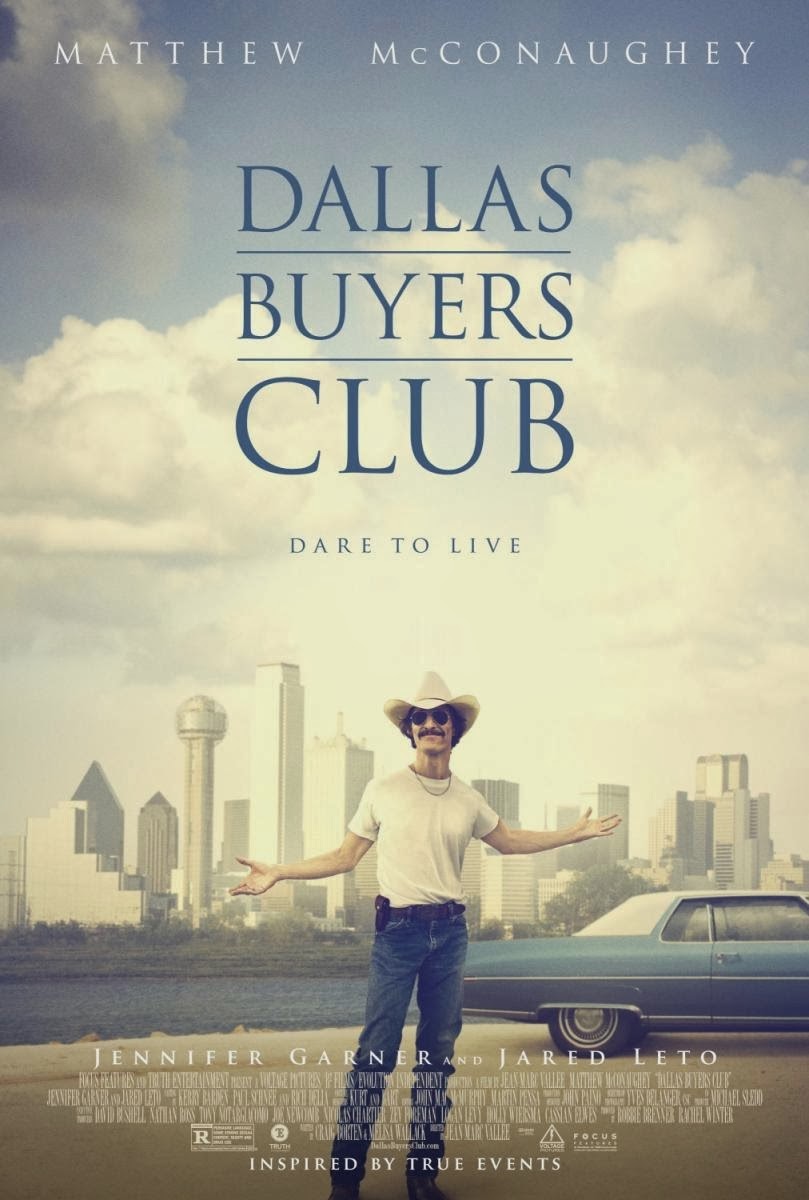 In 1985, after being diagnosed with AIDS, Ron Woodruff goes beyond the system to create an underground market to help others get the correct medication they need.

After a heart attack, Ron gets up off the hospital bed, puts on his clothes, and decides to walk out of the hospital telling Eve, "I prefer to die with my boots on".

"Sometimes, I feel I'm fighting for a life that I just ain't got the time to live. I want it all to mean something."

Dallas Buyers Club is a great film. One that you honestly can't believe is an indie film because of the tremendous amount of talent involved, but nonetheless, a super, super picture.

The insight into this remarkable (and true) story is gripping, and most of all a great reminder of what the ignorant and uneducated thoughts were like in the mid-eighties in regards to those with AIDS, and of course, the always controversial pharmaceutical industry's role in it all.

For me, it's rare that an actor's body of work overshadows the entire production, but DBC is exactly the film to fit that rarity. Matthew McConaughey is fantastic. He is absolutely tremendous in the role of Ronald Woodruff. Honestly, it might be the best performance of any actor in any role I've seen in a long, long time. Oh yeah, and Jared Leto was just as good, as his Oscar win proves.