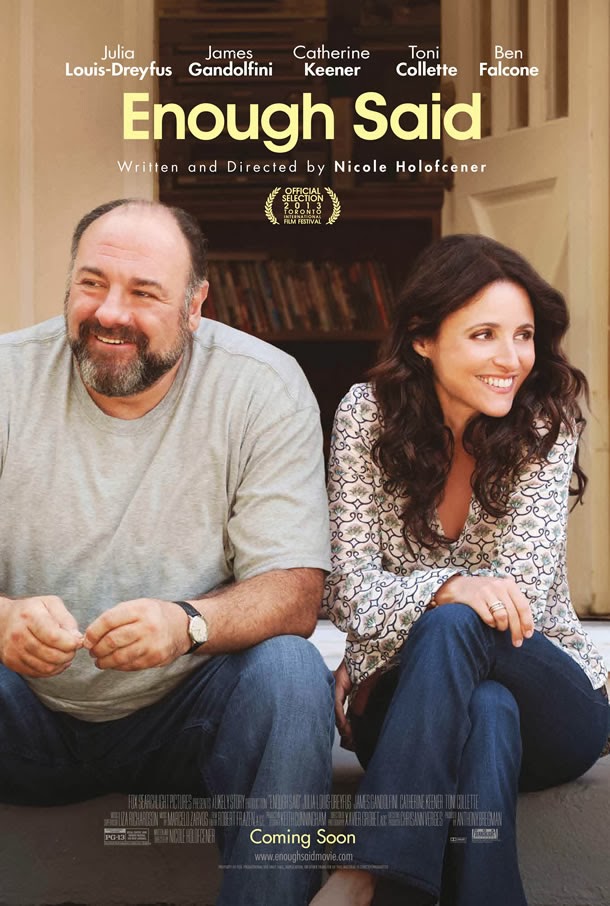 A recent divorcee begins the healing process by dating a man who truly understands her, just to learn that he is the ex-husband of her new friend.

Eva and Albert's first date - which is filled with one liners and smart, yet, embarrassingly hilarious quips - is pretty entertaining.

Enough Said is a pretty quirky movie with an very interesting plot. The dynamic of the plot is a good one surrounded by a character's torn feelings of not only being between her new friend/client and her ex-husband, who also happens to be her new boyfriend. However, the film also does a nice and subtle job of lending to the idea of appreciating relationships for the simpler things, such as the mystery of learning about another person, and not focusing on the little nitpicks in differences we seek.

Another tidbit was the reality of a divorcee set to lose her child to college, and struggling with the though of having an empty nest.

Despite the real-life scenarions this film tackles, what truly makes Enough Said so great is the acting. It's tough to beat Julia Louis-Dreyfus and James Gandofini. Both are excellent in this picture.

All in all, Enough Said is a decent watch, especially at its 93 minute runtime.