Real Hip Hop Is Back 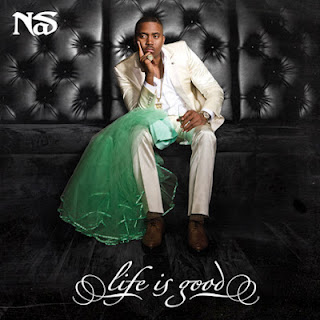 I always cringe when I hear hip-hop today. I don't like it's feel, I dislike the sounds, and I absolutely hate the lyrics. I long for the days when rap actual meant something. You know, when it actually had a certain flavor to it. That grungy, nasty, reckless beat that made you nod your head with purpose. That attitude it possessed and held deep within its sound that emitted its creativity and innovation. The lyrical flow that had the ability to make you feel, to make you want, to get you motivated, to make you sorrow, or to make you strive, ultimately making you relate. I miss hip-hop when it had a message, a purpose, a direction - whether you agreed with the message of the artist or not. I miss hip-hop when it had a soul.


Call me a hater, fine. It's Okay, because I'm content and have pretty much accepted the fact that I am of a different generation that appreciated those things mentioned above that aren't in today's music. I shutter when I think ponder that one day, today's youth will talk about artist such as Lil Wayne, Drake, Waka Flocka Flame, Nicki Minaj, and others as greats. I know it will happen. You know it will too.


Heck, even guys like Jay-Z have been letting us down lately. Remember the Watch The Throne album? Or as I wrote then, Are We Gazing At The Throne?

Hip hop today has become so cookie-cutter, so bubble-gum-like with cheesy lines and poor lyrics masked behind a catchy, well produced hook. Everyone sounds the same. Everyone is the same. Everyone is afraid to be different. I'm tired of rappers rhyming about being rich, and other various lifestyles they really don't live, or that does not make any sort of impact in the grand scheme of things. And please, stop with these songs that have a dance to them. Enough!

Truthfully, for a kid that grew up in Brooklyn, NY where hip hop is a big part of your culture, I barely listen to the genre anymore. Guys like Lupe Fiasco and B.O.B. are two artist that continue to save me and have kept my hope alive until I heard the recently released Life is Good album, by Nas.

The newly released album by one of the greatest rappers of all-time boasts 14 tracks, 17 on the Deluxe Edition. Nas takes a look at his life throughout the album and touches on his short comings, his triumphs, his expectations on moving on, and an overall message of being content with life now - life being good. This is seen in a song called "Daughters" were Nas looks at his relationship with his daughter, his shortcomings as a father, and his plans to make sure she doesn't end up like him. Another example of this is in the track, "Bye Baby" where the artist rhymes an open letter to his ex-wife, Kelis, as he comes to grips with the ending of their marriage.


The album is full of beats that hip hop fans from the nineties will thoroughly enjoy. Other personal favorites are "A Queens Story" honoring deceased rappers, "Summer on Smash" which is a nice summer song that blends yesterday's hip-hop with today's sounds, and my absolute favorite, "Don" which is simply a track that you must listen to, as you will have it in your car, on your ipad, and pretty much in your head for days on end.

Life is Good is an album full of wordplay, social topics, and pure heart felt emotion behind beats that fills the void that today's "rappers" can't, and quenches a thirst fans have had for years.

Honestly, Life is Good is a life vest for the drowning music of hip-hop.

And while I'm glad he he temporarily save it, I still worry for the future.

Nonetheless, we'll worry about it when we get there, as for right now, real hip hop is back.